There are around 600,000 vegans in the UK, and interest in veganism continues to grow every year, according to the Vegan Society. What was once considered a niche lifestyle is filtering down into the mainstream. In fact, a recent YouGov poll found that 36% of Brits consider a plant-based diet to be admirable and aspirational.

In our eco-conscious times, veganism seems like a very obvious and valid lifestyle choice. The alarming effects of climate change become graver with every passing year, and even the world’s biggest commercial operators are finally waking up to the fact that urgent change needs to happen if we are to preserve the planet for future generations.

However, veganism is a relatively new concept, and the term wasn’t officially coined until 1944, The Guardian reports. It came about when non-dairy and egg eating members of the British Vegetarian Society were refused space in the group’s newsletter. In consequence, Donald Watson formed a breakaway publication and invited vegan supporters.

For many years, it remained a fringe group with just a few hundred members, but numbers grew slowly but steadily. There has been a welcome surge in interest over the past few years, with thousands more vegan-friendly products available, and most of the major supermarkets in the UK offering plant-based food ranges.

Part of the reason that interest has grown can be put down to increasing awareness of climate change issues, which have driven the demand for more eco-friendly and sustainable products. Major brands now go to great lengths to promote their eco-credentials to the upcoming generation of consumers.

However, the vegan movement itself can be credited for the present levels of interest as well. It has been largely supportive and inclusive of people who are interested in experimenting with veganism, rather than making a full-on commitment. The non-judgemental and positive attitudes have led to the rise of the ‘vegan curious’ person.

This is someone who is in favour of the ethical treatment of animals, and sustainable farming practices. They may already be vegetarian, or limit their meat and fish intake to just a couple of days a week. One survey found that a third of Brits planned to try veganism in 2022, and 52% thought that a plant based diet was healthier.

The vegan curious person makes small changes towards a vegan diet and lifestyle, rather than an overnight resolution to eschew all animal based products. For example, they might start with the Meat Free Monday challenge, or switch to soya milk instead of dairy on their breakfast cereal.

A vegan curious person may begin to include more plant based proteins, such as lentils, beans, and pulses, in their diet. It is very easy to use these ingredients as the basis for soups and stews, for example, and batch cook them in a slow cooker.

Veganism also means avoiding goods made from animal products, such as leather bags and shoes. Until recently, this has meant resorting to plastics, but now there are plenty of eco friendly alternatives, such as recycled rubber or leathers made from plant by-products. You can also buy luxury vegan candles to avoid non-vegan beeswax or animal fats. 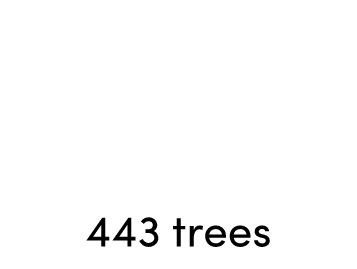